‘My father always told me that the cemetery got its start last century when a local Aboriginal person was killed by a horse-drawn wool dray on the corner of Hotham Street and Dandenong Road. He was buried on that corner. Who knows if it’s true. The horse trough that was supposedly built over his grave was still there in the 1950s.’- Gus Allen.

Thus recounts Gus Allen whose family occupied the cemetery lodge between about 1941 and 1966. This story, possibly mythical, about a native Australian’s grave outside the walls, is symbolic of the relationship between the colonists and the indigenous people at the time of federation 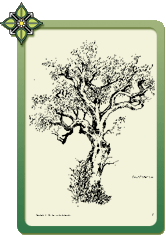 The cemetery is 20 minutes walk from one of Melbourne’s most important Aboriginal sites. The “Corroboree Tree” at St Kilda Junction has been recorded as the site of Aboriginal ceremonies from the 1850s and is estimated to be between 300 and 700 years old. The cemetery occupies the traditional land of the Bunurung or Boonerwrung people. Derrimut, the ngurungaeta or headman of the Bunurung, is buried in Melbourne General Cemetery. His headstone pays tribute to his intervention that saved Melbourne’s first settlers from massacre in 1836.

Aboriginal Australians played no role in the drafting of the constitution. They were not acknowledged except to say they were not to be counted in the census and that the parliament could not make laws for them except in the Commonwealth territories. These provisions were abolished in the 1967 referendum. Although they could enroll to vote in all colonies, except Western Australia and Queensland, they actually lost the vote in some states after federation. The Australian Natives Association that campaigned strongly for federation on behalf of the Australian-born (and later for Aboriginal rights) was restricted to white membership.

Aboriginal people were not included in the universal suffrage granted to men and women in the Commonwealth Act of 1902. In 1949 the Commonwealth Electoral Act gave Aboriginals a federal vote if they were enrolled in their state or had completed military service. In 1962 this was amended to include all indigenous people but perversely it was illegal to encourage them to vote until 1984 when compulsory enrollment and voting was introduced. In the 1967 referendum Australians voted for Aborigines to be included in the census as citizens – rather than as fauna and flora. 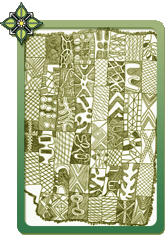 A white Australia was the ideal for many proponents of federation. One of the first Acts of the new Federal Parliament was the Immigration Restriction Act that implemented a White Australia policy and was not rescinded until the 1950s. Seven thousand Pacific islanders were subsequently deported from Queensland. Based on a Natal model, a 50-word dictation test was selectively applied to immigrants (Steward). This implemented a racial bar without the outright ban that would have offended Britain and neighbours such as Japan. The logic behind these policies was, ironically, the progressive belief that all Australian workers were entitled to a decent and minimum wage and that immigration would undermine these conditions.

It is hard to for us to understand today the racist beliefs held by most Australians at the turn of the century. Evolutionary theory, social Darwinism and eugenics fostered belief in European superiority, as did European global dominance and the overwhelming British background of most Australians.

The Age newspaper editorial of 11 January 1888 stated: “Human progress has all been achieved by the spread of the progressive races and the squeezing out of the inferior ones.” The Bulletin, that flagship of Australian nationalism, contained the following in a political editorial at the end of the 1890s: ‘Australia for the Australians’. The cheap Chinaman, the cheap nigger and the cheap European pauper to be absolutely excluded.’

Several Victorians who had a significant impact on Aboriginal affairs in Victoria are buried in the cemetery. Robert Brough Smyth and Edward Curr both wrote extensively on Aboriginal culture. Alfred Deakin as co-leader of the Victorian government introduced the Half-Caste Act which was the death knell for the famous Coranderrk Aboriginal Station in Healesville.