As the last of the Anzacs pass into immortality, gone will be the living links of a time in our history that affected so many and spared so few. The original Anzacs who enlisted during the heady days of the first recruitment rush were a motley bunch of adventurers keen on the chance to see the world, reckless daredevils with a competitive sporting streak and romantic idealists brought up on tales of the British Empire. All had a characteristic determination to be part of ‘it’ and for many, this meant truth had to be dispensed with at the recruitment table. 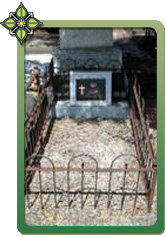 And so it was that on 4 November 1914, a lad of 15 years and 8 months was accepted into the 1st Australian Imperial Force. Described on his enlistment papers as “fit for active service as a bugler”, 62.75 inches(159 cms) tall, and weighing 8 stone 12 pounds, Private Edward (Eddie) Joseph Graham (1899-1980) was assigned to “E” Company (later absorbed into “A’Company) of the 14th Battalion, 4th Brigade known originally as “The Bacon Stealers”. The Brigade comprised the ‘rough diamonds’ considered too difficult to handle by the other brigades. Graham was born on 11 February 1899 at Balaclava, Melbourne the son of John Graham and Mary née Rowley who married in 1897; they also had at least another son, Clarence Roy (1903-61).

From the Broadmeadows training camp, the unit embarked on the 15,000-tonne transport ship Ulysses (“the flagship of the convoy”) for operations in the Middle East. At Gallipoli against the formidable Turks, Graham survived the ill-fated landing through the hellish operations at Quinn’s and Courtney’s Posts and later the attack at Hill 60 before evacuating on 18 December 1915. In fact, his only sickness was a bout of diarrhoea (19 to 29 September). By the end of the campaign, the romance of war had passed and to Marseilles, France the 4th Brigade arrived in June 1916 a group of battle hardened warriors with a fatalistic outlook. Though the men were still a handful behind the lines, they were considered one of the foremost fighting brigades.

During the period of June-August 1916, Graham was involved in operations at Bois Grenier at Flanders, where the Brigade’s first stunt took place (2 July) and the major battles on the Somme at Pozieres (6-16 August) and Mouquet (“Moo-cow”) Farm (17-31 August) where he was severely wounded in action on 30 August having suffered a shrapnel wound to his right hand. Evacuated to Boulogne and later the Epsom Military Hospital in England, Graham was mercifully spared the bitter winter of 1916-17. After recovering, he was assigned duty to Harefield Military Hospital as a bugler on 7 April 1917 only to be further hospitalised with concussion and abrasions to his face having fallen from his bicycle on 23 July 1917. He thus missed the major battles of Bullecourt, Messines, Ypres (“Wipers”) and Polygon Wood in 1917. Fined for being absent-without-leave on 24 September 1917, the following month Graham was sent to the overseas training brigade at Deverill before rejoining “A” Company on 30 May 1918. The following night a single artillery shell killed 13 comrades and wounded 56. He later fought in the decisive battles of Hamel (4 July) and Amiens (8-20 August) before being granted Anzac leave on 12 October and arrived back in Melbourne on Christmas Day long after hostilities had ended and still not 20 years of age. Married to Irene née Taylor (b 1900) on 11 August 1922, Graham died on 21 June 1980 and was buried five days later at the St. Kilda Cemetery (Wesleyan “B” 0134) with the distinction of being the youngest of the original members of “Jacka’s Mob”.