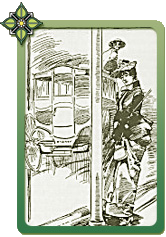 Caroline Hodgson (born Lohman) alias Madame Brussels was,and remains, Melbourne’s best-known brothel owner. The vitriol directed at her, particularly by male members of the church, media and parliament during her career, reveals much about social attitudes to women at the time of Federation.

“Victorianism” ascribed a role to women which “was a strange mixture of inferiority and superiority”. Women were widely accepted as inferior intellectually and physically and in need of protection. On the other hand they were considered morally superior to men who were subject to the pleasures of the flesh. Men had strong sex drives. Women did not – unless they were ‘fallen’ or romantically aroused by their husbands. Madame Brussels was clearly not of superior morals, employed female sex workers and had the temerity to run a successful and long lasting business. One, by all accounts, that was well frequented by men of the wealthier classes.

When the First Fleet landed, female prostitution became white Australia’s first profession. Despite the threat of imprisonment, violence and disease, it was the most lucrative profession a young woman could enter. Employed women usually had poorly paid and repetitive work in shops, hotels, factories or as domestic servants. Most work in fact was unpaid in the home as wives and mothers with an average of seven children each. Married women spent most of their lives’ pregnant, lactating and caring for infants and small children and becoming pregnant again’. 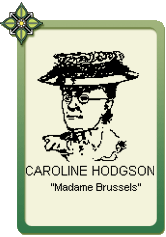 In 1871 Caroline married Studholme George Hodgson in London and emigrated to Melbourne. Hodgson became a policeman and in 1874 departed from Melbourne – and his wife.From about 1876 Lohman operated her residence and Melbourne’s most refined brothel from 32-34 Lonsdale Street, in the area known as Little Lon. This area, and its residents (like Madame Brussels) fascinated Victorians. It housed the poor in an era where no social security net existed. It was a red light district but also contained families, factories, workshops and immigrants.

Its proximity to parliament, churches and the theatre life of “Marvellous Melbourne” at a time of fabulous affluence made it famous. It was visited by tourists, written into novels, evangelized by missionaries and was the source of endless scandal and innuendo by newspapers such as the Truth. From this fascinating social mix arose the first stirrings of multiculturalism via a growing Chinese community. Here commenced the first social welfare initiatives such as free medical dispensaries and Gordon House (supported accommodation). 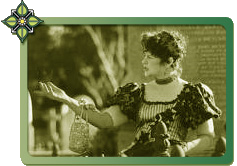 An often-told scandal is the disappearance of the parliamentary mace in 1892. Popular rumour at the time was that it had found its way to Madame Brussels brothel where Members used it for unparliamentary activities. There is some evidence it may have found its way to the house of her chief rival Annie Wilson. To the horror of Melbourne (and the delight of the media) Wilson was called to an inquiry at the Bar of the House where she and her lawyer naturally denied the claim. That same year there was also horror when it was learned that the government had allowed a telephone to be connected to Madame Brussels premises. 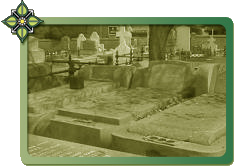 Madame Brussels was used as a political football in 1906. The Bent Government was campaigning to control gambling especially John Wren’s tote. The Government came under attack from vested interests. In 1906 the Chief Secretary Sir Samuel Gillott was forced to resign after being accused of financially supporting the “wickedest woman in Melbourne”. In 1908 the new Police Offences Act forced Madame Brussels to close after 32 years in business but came too late to affect Wren’s tote. Madame Brussels died in 1908