James Munro, Premier of Victoria made an active and significant contribution to the 1891 Federation convention. He spoke 48 times and was a strong advocate of democratic reform. His capacity to provide further support for federation was destroyed however by the disasters of the 1890’s.

Like other political leaders his return from the convention found him embroiled in the great financial property and bank crashes of the early 1890s. In Victoria the collapse of the land boom was particularly catastrophic, as was the depression that followed it. At the same time the great maritime strike commenced in Melbourne. A severe drought commenced in 1892 and had intensified by 1895. There was also a typhoid epidemic. Throughout Australia the federation initiative was almost lost as states struggled with their numerous internal problems. Ironically the great national strikes brought home to many Australians how linked their economies were. 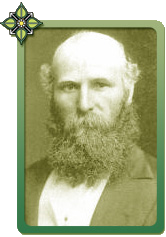 Although dozens of Victorian politicians were involved in questionable land practices, Munro had ‘further to fall’ than most. He had always chosen the high moral ground presenting himself as a champion of propriety. He encouraged an image of himself as the stern, moral church-going leader of the temperance movement. During the booming 1880s Munro expanded the temperance movement into a fanatical fighting force with extraordinary power. Among his many financial interests were many coffee palaces (temperance hotels) including the Windsor, which were presented as upholding family values and discouraging drunkenness. 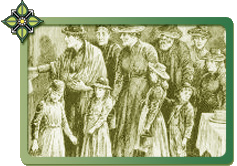 The truth was that Munro had a huge range of interests including banks, other financial houses, and real estate and pastoral properties and used his influence as premier to protect those interests. In connivance with the acting chief secretary Sir John Davies (O’Loghlen), he approved a bill to restrict shareholders rights to proceed against companies for compulsory liquidation. The bill passed through Parliament in a day. He then used the bill to put his interests in voluntary liquidation, appointed himself as agent general in London, resigned as premier and sailed to England!

The public was scandalized. Sir Archibald Michie, twice attorney general condemned Munro (Michie). The uproar forced him back nine months later to face an insolvency court that found him penniless and unable to pay his debts. One man who had lost his life savings in a Munro bank punched him in the street, knocking him unconscious. The man was fined a token five pounds paid immediately by a sympathiser. 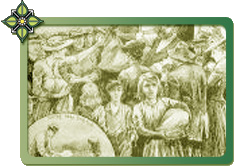 The Munro residence was in Kooyong Road, Armadale. His burial in 1908 took place at St Kilda Cemetery. With a sustained depression the climate for extended moves to federation might have appeared hopeless. Popular movements saved federation. These included the Australasian Federation League formed in Sydney by Edmund Barton in 1893 and the Australian Natives Association in Victoria. Together they called the first of three ‘Peoples Conventions’ which met in Corowa in 1893 and endorsed a democratic program to achieve federation.