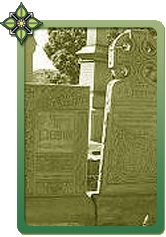 “The Lieutenant Governor (La Trobe) looked me up and down and he remarked jocularly. This fellow seems too big for a trooper. Too heavy. It would be too severe on the horses. I think he would make a commissioner.”

Painter, public servant, pastoralist, explorer, vigneron: Joseph Panton’s life epitomised that of many emigrants who, in the age of enlightenment, took maximum advantage of the extraordinary opportunities offered in Australia. He arrived in Port Phillip in 1851 after being educated at the Scottish Naval and Military Academy where he developed an interest in drawing.

Appointed by La Trobe as assistant gold commissioner to Kangaroo Gully near Bendigo, he handled the diggers’ protests with tact and conciliation in contrast to Colonel Rede at Ballarat (Rede). He also achieved high repute for his measures to protect the Chinese. In 1854 Panton assisted in organising the Melbourne Exhibition and later the Melbourne International Exhibition in 1880. In 1858 he studied art at Paris. As a magistrate at Heidelberg, he mapped the Yarra Valley leaving his name at Panton Hills and he also named Mount Donna Buang.

He was active as a painter in the Victorian Artists Association and regularly attended musical recitals. In Bendigo he owned prizewinning vineyards and was an early and strong advocate of a local wine industry. He was even an enthusiastic yachtsman!

Panton married Eleanor Margaret Fulton in 1860. Their daughter Amy was a well-known portrait painter and the exquisite Celtic headstone she designed for her father in St Kilda Cemetery is a fitting tribute to this dynamic and versatile Australian.