Elizabeth Parsons loved to paint the St Kilda foreshore. The public loved her paintings and she went on to become the first woman artist of note in Victoria. The rise of popular Australian artists, poets and writers at the end of the nineteenth century such as Lawson, Patterson and the Impressionists influenced the nationalist sentiment that led to Federation. Breaking with English tradition, many painters strove to record the ‘true’ Australian landscape and appreciate the beauty of its unique flora and light in what was seen at the time as a radical movement. 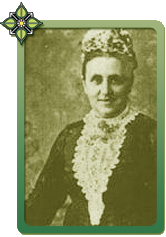 Born in Islesworth, England, Parsons probably inherited her artistic talent from forebears who were surveyors and teachers of drawing. She later studied art in England and Paris and joined the renowned Barbizon artists colony, before becoming a successful teacher and professional painter. In 1873 she, her architect husband George Parsons and baby Adeline migrated to Melbourne on the ‘ Great Britain ‘. 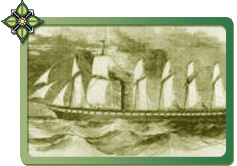 Despite the rigours of settling into a new country with a young child, it was only six months before Parsons’ paintings stood beside Buvelot and Von Guerard in an exhibition. She continued to paint and draw the undulating fields of what is now East St Kilda, Malvern, Caulfield and the foreshore – with the Old Red Bluff and Brighton Beach forming the bulk of her studies. One of the first exponents of the one-man show in Melbourne, Parsons exhibited from 1870 to the late 1890s. In 1886 she sent paintings to the Colonial and Indian Exhibition in London, where her offering ‘ The Red Bluff ‘ was well received by critics of the day. The Red Bluff was the site of Victoria’s first Quarantine Station and St Kilda’s first graveyard (The Emigrants) 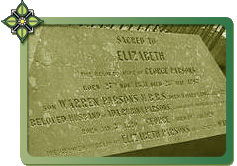 Parsons was a member of the Buonarotti Club with Longstaff, McCubbin and Roberts. In 1875 she was elected, against much opposition from the male contingent, as a member of the Council of the Victorian Academy of the Arts (later the Victorian Artists Society). Through the Academy and her teaching, she exercised great influence on the standard of painting in the young community.