‘He was never more at home, never more himself, “plain George”, than after a (St Kilda) council meeting in the Mayoral supper room.’ 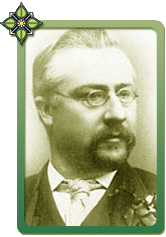 In 2001 a federation jewel from the archives of the St Kilda Town Hall was exhibited in the library. It was George Turner’s commemorative photo album from the 1897-98 Constitutional Convention.

At this convention it was Turner, the premier of Victoria, who defied a description as the ‘quiet little man in the shabby brown suit and the cheap spectacles.’ He rose to his feet to debate almost every issue, ‘a stalwart proponent of liberal protectionist democracy.’

Why did Turner leave his album in the town hall for us to treasure a century later? Perhaps it is because his true home, despite an extraordinary political life, was always St Kilda. He was a St Kilda councillor for 15 years and served as mayor between 1887 and 1888. In 1889 he was elected to the Legislative Assembly as the member for St Kilda. His residence was at 72 Inkerman Street.

There is little doubt that Turner is St Kilda’s most important Federation son. He participated in all the major events of federation and was an essential contributor to its success. Importantly he was one of the 12 new parliamentarians elected from the Australian Natives Association (ANA) that he had joined at the age of 21.

The ANA was open only to Australian-born men and was a powerful grassroots force in Victoria for federation (Deakin, Pitt, Holroyd).

Turner, together with Charles Kingston, Premier of South Australia, then drafted the enabling bill that all states eventually passed through their parliaments. In 1897 Turner topped the poll for the Victorian delegates to the Constitutional Convention and was cheered by crowds on his way to the first session at Adelaide. At the Convention he was instrumental in Edmund Barton’s selection as the convention leader. He was also a member of the convention’s constitutional committee and like most democrats he campaigned against a senate that did not reflect proportional representation.

In the federation referendum campaign of 1898 Turner hesitated in his support for the draft constitution because of rural concerns, but campaigned strongly after Alfred Deakin intervened. When the referendum was rejected in NSW, Turner chaired the so-called ‘secret’ premiers meeting in January 1899 that amended the proposed constitution in line with NSW concerns. A second referendum was later successful in all states. At that meeting he had also successfully proposed the motion for the creation of the federal capital in NSW. He later presided at the final meeting of the Federal Council of Australia. 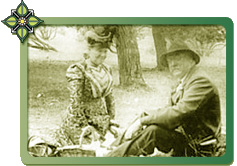 Turner and Deakin both rebelled against the selection of William Lyne as first Prime Minister and helped secure Edmund Barton’s election. With federation, Turner became Australia’s first Commonwealth treasurer. He presented four meticulous budgets that returned more funds to the states than expected and enhanced the credibility of the new federal government.

He retired from politics in 1906 becoming chairman of commissioners of the State Bank and died in 1916. Deakin described Turner as having the straightforward manner, happy outlook and habits of a prosperous shopkeeper. He was ‘plain George’, the ordinary man’s representative who rarely read a book and received delegations in his shirtsleeves. In reality he was a skilled politician who won respect for his honesty, hard work, mastery of detail and unpretentiousness

Plain George’s wife, Rosa, who he married when he was 21, had a similar commonsense outlook. In London for the Queen Victoria’s diamond jubilee she went straight up to the Princess of Wales and chatted. Rosa later said: ‘All the Premiers wives were awfully afraid. But I wasn’t,these royalties are very glad to be talked to as if they were human beings. She was very nice and said when I left ‘Tell the Australian people that I like you very much my dear.’