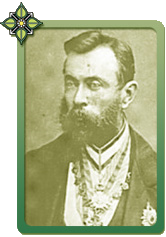 It is difficult to grasp the enormous contribution of Baron von Mueller to Australian science. His astonishing output indicates a workaholic mentality and the physical constitution of a bullock. Perhaps Von Mueller’s restless passion was driven by his hypochondria – he feared that his fate might be the same as several family members who had died early from tuberculosis. His achievements are more astonishing if we remember he lived in an era that devalued the Australian landscape and yearned for the emerald isles.

Von Mueller was born in Germany and graduated in pharmacy in 1846. Seeking a healthier climate, he migrated to Adelaide with his two sisters in 1847 and began studying the local flora and writing papers. In 1853 La Trobe appointed him as government botanist in Victoria – an inspired choice as it turned out.

Thus began the first of the many field expeditions that von Mueller undertook during his life. These expeditions, often conducted with hardship and great danger, contributed enormously to Australian botany. Travelling mainly alone he visited Mount Buffalo, the Ovens River, Mount Buller, Port Albert and Wilson’s Promontory. On his return he estimated he had collected specimens of over half the indigenous vegetation of Victoria. He set out again to unexplored areas of Victoria, including the Grampians and Snowy River. In 1854 he explored the Alps ascending Mount Kosciusko on New Year’s Day. In 1855, as botanist to the North West Australia Expedition, he travelled 5,000 miles in 16 months to Moreton Bay observing 2,000 species, 800 of which were new to science. He later surveyed the Western Australian forests and coasts as far north as Shark Bay.

In January 1857 von Mueller was appointed as director of the Melbourne Botanical Gardens. It was there he constructed an herbarium and began exchanging seeds and plants with botanists in Australia, Europe and America. His work output was extraordinary.

Von Mueller published more than 800 papers and major works on Australian botany, lectured extensively and wrote as many as 3,000 letters a year. He was a key contributor to the seven volumes of Australian Flora (published in England) and published many books himself. He assisted the forestry and farming industries in the search for commercial uses of plants and in the development of new industries without profit to himself. He promoted the exploration of Antarctica and New Guinea.

A member of many scientific societies, von Mueller was the founder of the Royal Society of Victoria, chairman of the Philosophical Society and president of the Victorian Geographical Society. His European contacts were an important asset and he won many awards. History has not treated kindly his active support for the infamous Acclimatization Society that actively introduced English plants and animals to Australian shores to make it more like ‘home’. Many subsequently became noxious pests such as blackberries, sparrows and starlings. 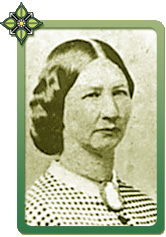 Von Mueller was driven by his work and never married. The press sometimes lampooned him for the long scarves he wore to ‘protect his weak chest’ and his passion for collecting honours such as the title of hereditary ‘Baron’, awarded to him by the King of Wurttemberg. He broke off an engagement to Euphemia Henderson in 1863 claiming ill health. He was bitterly upset by the loss of his directorship of the Botanical Gardens to W.R. Guilfoyle in 1873. The public was seeking a fashionable English landscape garden with statues and art works. Von Mueller had seen the Gardens as primarily a scientific resource and at one point had built a zoo there.

This vital and complex man contributed greatly to the understanding of Australian flora and was largely responsible for the international recognition given to Australian science. His home was in Arnold Street, South Yarra. Von Mueller died in 1896 and was buried at St Kilda Cemetery.